The TRIPLEX® STEALTH® tee was introduced in 2012 and has already been used by numerous high school and college kickers.  It was first used in the 2012 Orange Bowl by West Virginia’s great kicker Tyler Bitancurt. In that game, he set an all-time bowl record with 10 extra points.  This tee has 3 distinct modes of use.  Its long kick ball-receiving recess is much improved over those of its predecessors. Its scalloped surface dramatically reduces surface contact with the football. Its central hole means the football tip doesn’t touch any tee structure.  These improvements don’t adversely affect the ability of the recess to support the ball. However, the reduced surface area of contact and suspension of the ball tip enhance kickoff distance.  Anecdotally, kickers have reported 5-10 yards of increased distance. The forward-facing onside recess or notch is the same as that of the GROUND ZERO ONSIDE® tee.  The rectangular recess found in the GROUND ZERO® 1&2, GROUND ZERO ONSIDE® and TOE-TAL® tees has been replaced with a revolutionary squib kick recess that also allows the ball to safely leave the tee when kicked from the scalloped long-kick recess.  The TRIPLEX® STEALTH® tee includes aesthetic features that tell consumers, especially kickers, that they have bought a tee from its singular source, Premium Products. Those features include its textured top surface. 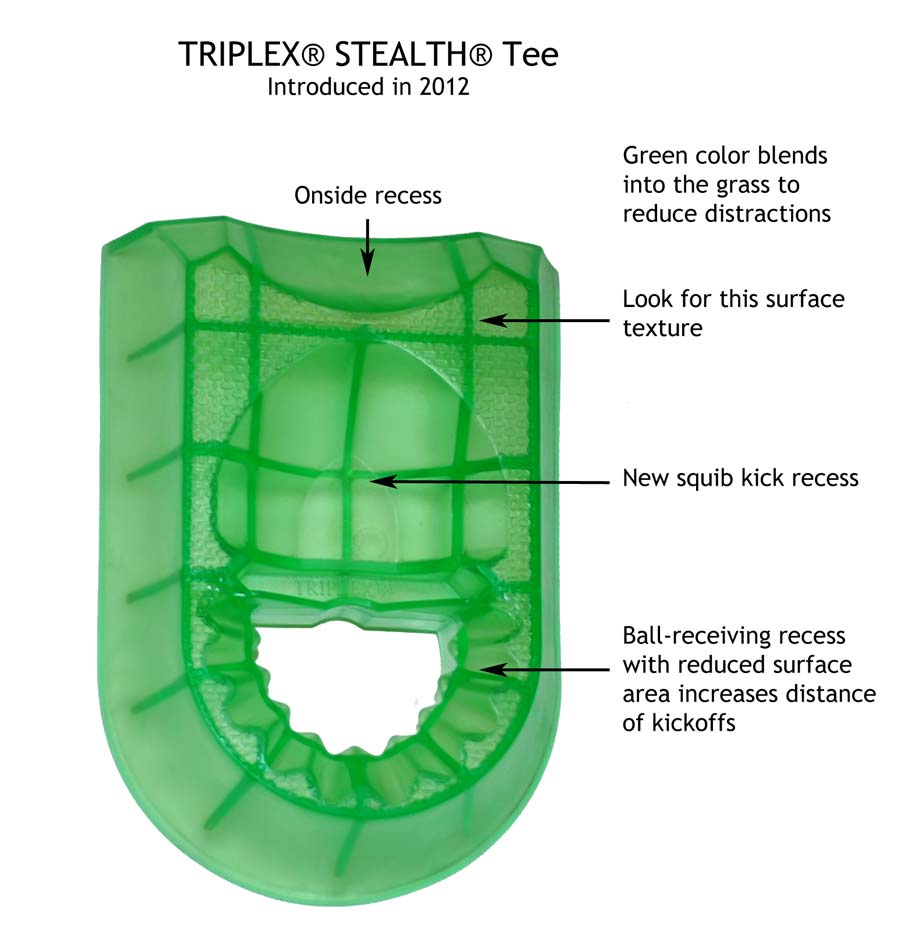 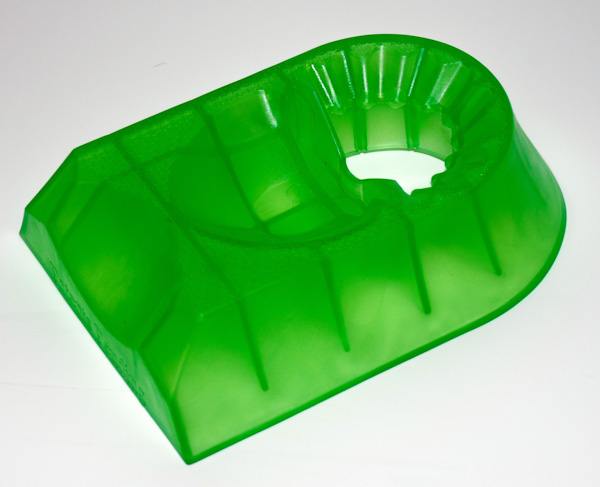